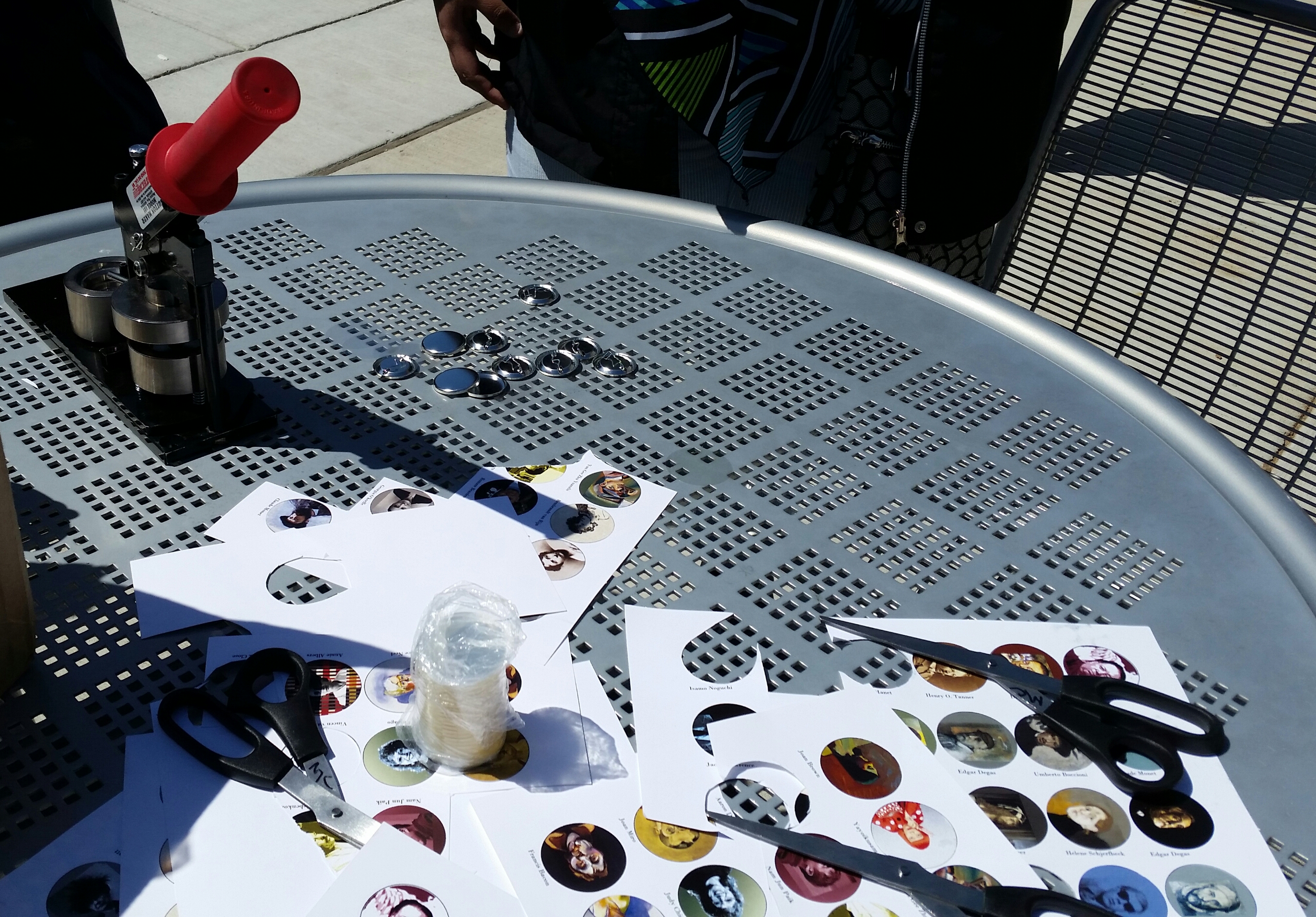 Pictured: The button making machine and materials for one of the art-related activities in the ArtWalk.

This year’s ArtWalk in Germantown included ten different displays of artwork around campus and some art-related activities, such as button making, screen printing and constructing platonic solids from paper. Due to the weather, the art professors behind ArtWalk rescheduled the art activities, which were initially planned for the first week the art was on display.

Art professor Michael Piechocinski and some of his students held a button making activity outside the HT and SA buildings. Students gathered to get a free button, slightly larger than a bottle cap, with an image of an artist of their choice.

The selection of artists included Vincent Van Gogh, Andy Warhol, Frida Kahlo, Francis Bacon, Egon Schiele, Yayoi Kusama and many others. “Art is diverse,” Piechocinski said, and he wanted that reflected in the artists people could choose from.

“If our professor walks by, he might charge you,” one of Piechocinski’s students joked. Although the buttons were indeed free, Piechocinski joked about charging students for the buttons.

The first year he held the button making activity, students designed images for the buttons – line drawings of endangered Maryland species. This year marks five years of buttons, he said.

Piechocinski described himself as “an old hippie” and said that people liked buttons back then. Now, students are very fascinated with the way the button making machine works, he said.

The button making machine can be damaged if used improperly, so only Piechocinski’s students were allowed to handle it. The buttons are also high quality, so students are inclined to keep them, he said.

Professor Amanda Miller teaches drawing, art history and woodcut classes. She was also in charge of the screen printing activity, where students could choose from three designs to have screen printed onto a shirt.

The artwork in the ArtWalk reflects the classes offered in Germantown, she said, compared to Rockville, where more of the artwork is sculptural. It is also influenced by the need to survive outdoor conditions while on display for a week – for example, two-dimensional artwork is laminated. Displays often make use of existing structures like buildings and trees.

One project in the ArtWalk was a display of colorful platonic solids, made from laminated paper and dangling from trees outside the bookstore. Platonic solids include pyramids, cubes, and other similar three-dimensional geometric objects.

Professor Naomi Chung’s 2D Design students began with an assignment to create patterns inspired by nature, she said in an email. The patterns were printed onto paper, then cut and folded into the platonic solids.

The various patterns were suited to different geometric figures, including cubes, tetrahedrons, octahedrons, dodecahedrons and icosahedrons. Students attached the platonic solids to trees, “returning the nature themed designs back into their element,” Chung wrote.

During the second week the art was on display, Chung held a platonic solid making activity, where students could come by and construct their own figures from paper.

Professor David Carter’s 2D Design students contributed graphics of Aristotelian quotes. The art class is half of a dyad with a philosophy class. Students read Aristotle in the philosophy class, which inspired the artwork. Last year, Carter’s class did a similar project, but the quotes were from various philosophers about art.

Carter said he wished to do larger, more ambitious and eye-catching projects for the ArtWalk, but that it would be hard to fit such projects into the class. Students typically spend two or three weeks of class working on a project for ArtWalk. Additionally, the planning and decision-making process for a large, collaborative project can be slow and difficult, especially when working with a group of people, he said.

Many of the projects stayed on display for a second week after the ArtWalk was planned to end, akin to Christmas decorations, Carter said. Four days on display “seems awfully quick,” he said, and the artwork staying up an additional week wouldn’t hurt. 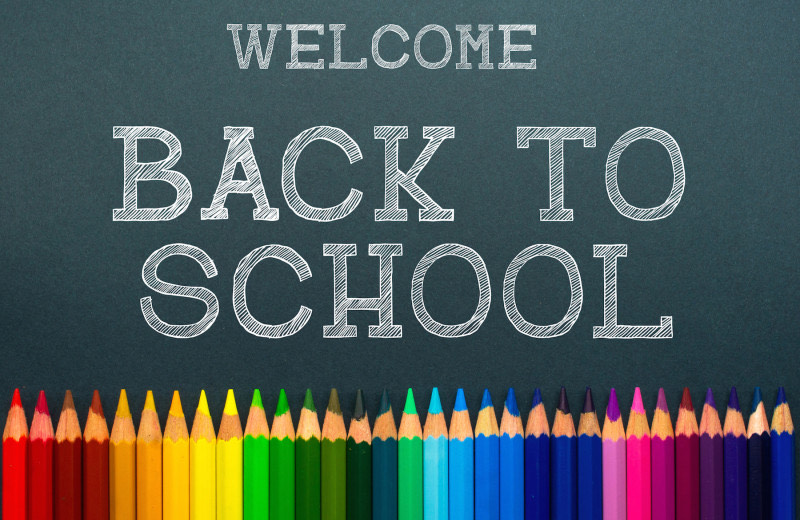